Pep Guardiola has released the squad list to face Chelsea in the UEFA Champions League final match on Saturday night in Porto.

This was revealed by Manchester City via its official website.

City manager following the victory of the English Premier League title last Saturday has named a 24 men squad to slug it out with the London based club, Chelsea FC at the Estádio do Dragão.

The Citizens had knocked Paris Saint-Germain out of the UCL semi-final stage earlier this month, while The Blues also eliminated Real Madrid to set all English team final. 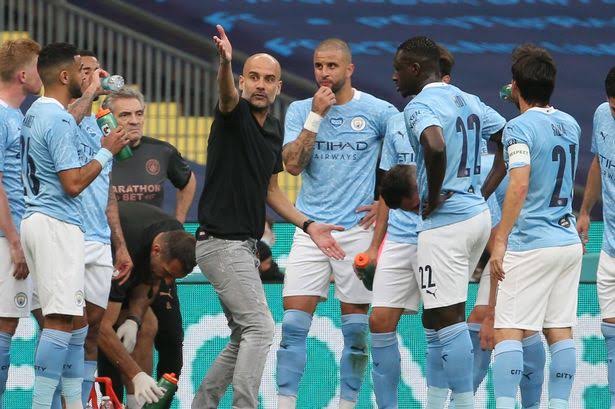 Manchester City and Chelsea last outing were in the last EPL fixture of the season where the premier league champions walloped Everton 5-0, while Chelsea was defeated 2-1 by Aston Villa.

The kick-off time for Man City vs Chelsea is 8 pm, Nigerian time.

City champions league final squad as revealed by Guardiola can be found below:

Man Nabbed for Rapping His One-Year-Old Daughter, Two Others.

Lionel Messi Hits Another Milestone In...