I’m Not Sure if He’ll Be Able to Play Football Again – Cardiologist on Eriksen.

A Professor of sports cardiology at London’s St George’s University, Sanjay Sharma has revealed that the Danish, Christian Eriksen, who suffered a serious cardiac arrest during Saturday’s European Championships Group B clash between Denmark and Finland might not be able to play football again.

Eriksen is lucky to be alive but unlikely to play again as was revealed by Professor Sharma, a sports cardiologist, who previously worked with Eriksen while playing for English Premier League side, Tottenham Hotspur. 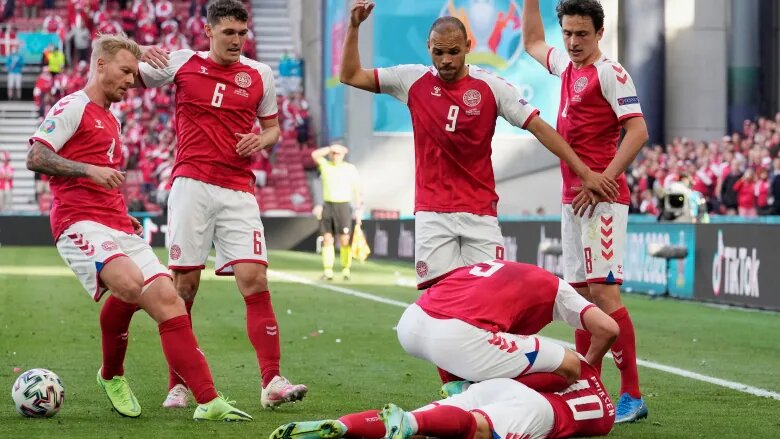 The Denmark international fell to the ground at the Parken Stadium in Copenhagen, before half-time and was rally round and treated on the pitch before being taken to hospital.

The centre referee, Anthony Taylor suspended the match with players from both sides in clear distress before resuming some two hours later after Eriksen was said to be in a stable condition. Finland won 1-0. 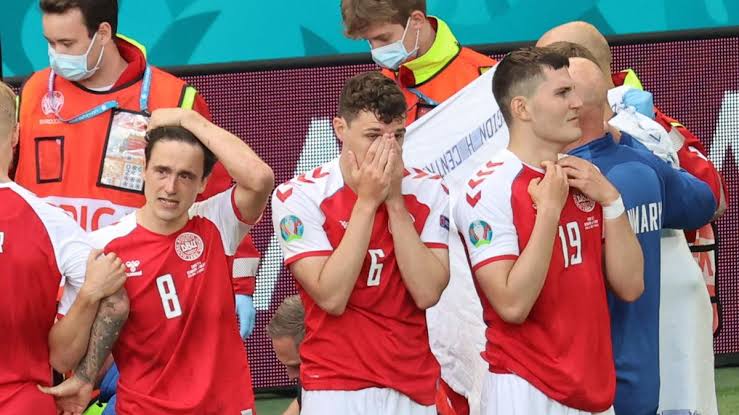 Sharma said football bodies and medical practitioners were likely to be “very strict” about allowing Eriksen, who is now with Italian club Inter Milan, to play again.

“Clearly something went terribly wrong. But they managed to get him back, the question is what happened? And why did it happen?

“This guy had normal tests all the way up to 2019 so how do you explain this cardiac arrest?”

Speaking further, Sharma said there were diverse reasons a cardiac arrest could have happened, such as high temperatures or an unidentified condition. But the reports after the match that Eriksen was awake in the hospital were “a very good sign”.

Speaking to the PA news agency, Sharma said he’s very pleased because the Danish stable and awake, noting his outlook is going to be very good.

Sharma stressed that Eriksen nearly dies but he believed the medical professionals won’t allow such to happen again by allowing him to play again. He said:

“Without putting it too bluntly, he died today, albeit for a few minutes, but he did die and would the medical professional allow him to die again? The answer is no.”

Sharma, who chairs the FA’s cardiac consensus group said the good news is he will live, the bad news is he was coming to the end of his career, but it is unknown to him if he would be able to play another professional football game.

He added: “In the UK he wouldn’t play. We’d be very strict about it.”